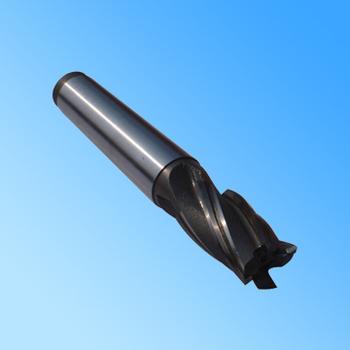 Since November 1, 2012, China has implemented a new export tax rebate standard, which involves only one type of goods in the machine tool industry, namely, CNC machine tools. The specific name is the hard alloy metalworking machine knife and blade (for metal processing), tax rebate rate increased to 11%.

With the approval of the State Council, the Ministry of Finance and the State Administration of Taxation issued the "Notice on Raising the Tax Rebate Rates for Certain Commodities", and appropriately increased the export tax rebate rate for some labor-intensive, high-tech, and high-value-added commodities. It is a policy measure based on expanding domestic demand, improving the export competitiveness of enterprises, and supporting enterprises in expanding exports, which is conducive to the steady and relatively rapid development of the national economy.

The industry has been encouraging the production of carbide cutting tools for many years. The increase in export tax rebates shows that the state supports this. According to Mr. Fan Junjun, chief CEO of China Machine Tool Net, China's tool production is mainly based on two products, namely high-speed steel and carbide cutting tools. Because the production of high-speed steel cutting tools consumes a lot of resources, and the products are low in price and low in price, the industry does not encourage this. However, due to the needs of the domestic machinery manufacturing industry, as well as the domestic tool industry technology has not yet been transformed, most of the domestic tool companies still produce such tools, while exports are also large. Last year, China exported 800 million U.S. dollars of cutting tools, most of which were made of high-speed steel. The carbide cutting tools were only tens of millions of yuan. At the same time, the export structure of this product is also a factor that causes friction in international trade. Although the United States, Germany, and other developed countries have not yet responded clearly to the tools of our country, there have been boycotts in Spain and some countries in South America. Therefore, the tool branch repeatedly called for reducing the export of high-speed steel cutting tools, but the current state of the industry has not changed significantly. The adjustment of the export tax rebate standard for carbide tools is expected to encourage the production and export of such products.

Regarding the sharp increase in the tax rate standard, the Outlying Machine Tool Group believes that although the rate of correction is relatively large relative to the 5% tax rebate rate before the adjustment, it is clear that it is comparable to the 14% historical tax rebate rate. There is still a certain gap. In general, this adjustment is only equivalent to last year's tax rebate.

As for the adjustment of the tax rebate standard, Zhuzhou Diamond Cutting Tool Co., Ltd. (hereinafter referred to as "Zhuzhu"), which is the domestic leading tool company, is the biggest beneficiary. Last year, their sales amounted to 1 billion yuan, of which exports accounted for 10%, and exports were all carbide cutting tools. Zhu Zonghai, a foreign minister, said that after the new policy is promulgated, it can increase the profits of enterprises and increase their competitiveness. According to the export quota of Zhuzi, it is estimated that the tax refund will be around 6 million yuan. In recent years, the development trend of Zhuzi has been relatively good, corporate profits have increased, and exports have increased by 50%. Drilling products are gradually narrowing away from well-known foreign brands. The products are more cost-effective and have a certain appeal to overseas customers. However, at the same time, Zhuzi also realized that the companyâ€™s reputation and customer acceptance still need to be strengthened. Although the tax return will benefit from this tax return, the countryâ€™s support for the industry has not reached its historical peak.

As most of the domestic tool companies are mainly engaged in the production of high-speed steel, and even though carbide tools are mainly used to meet the needs of the domestic market, the benefits of this time are not limited to those of the Zhuzhuang, but other companies involved are limited. Shenzhen Jinzhou and Xiamen Golden Heron also export some hard alloy cutting tools, but the amount is not large.

The economic situation in the country has changed since the beginning of this year, and the status of the industry has also been reversed. Domestic tool companies will face more fierce competition.

Because domestic market share of high-speed, high-efficiency tools is only 10%, so for the domestic tool companies, their greater competition from foreign counterparts, such as Shante, Kenner, Hill High. These foreign companies not only established sales outlets in China, but also directly invested in the establishment of factories, and directed their products directly to domestic high-end users, which caused great pressure on domestic enterprises. This year, there has been a decline in vehicle output and related mold industry product declines. It is estimated that this market will be transmitted to the tool industry next year.