As the economic crisis swept across the globe, sales in the automotive market fell sharply, and the Detroit U.S. car shrine was gloomy and caught in the bankruptcy turmoil of global concern. Auto companies have reduced costs and saved expenses to prepare for this long winter. The three giants of the United States are on the verge of life and death, but another multinational car company, Italy's Fiat, is unique and frequent, first to focus on the use of automotive companies, including the Swedish automobile manufacturer Saab Automobile, Opel. As well as Vauxhall's operations in Europe and Latin America and GM Asia and Russia, it recently acquired a 20% stake in Chrysler. Similar to foreign countries, Fiat's vehicle division is also looking for cooperation partners in China. It has signed a cooperation agreement with GAC and wants to re-exploit the domestic passenger car market.

In 1986, the Chinese and Italian governments signed a formal agreement on the Iveco project, and Nanjing Automobile Group Co., Ltd. became the Chinese partner of Iveco. In August 1991, the modified A40?10 Iveco off the assembly line. From the establishment of the project to the new car offline for 5 years, the localization rate of the first batch of Iveco light passengers reached 40%. 1995 can be counted as the golden year of Nanjing Iveco development. This year, the production and sales of the Iveco models in China both exceeded 10,000. Due to the promising prospects of the Chinese automobile market, in March 1996, Fiat Group and Nanjing Automotive jointly established Nanjing Iveco Automotive Co., Ltd., with a total investment of 3.7 billion yuan, each of which holds 50% of the joint venture company's shares. In the 10 years, Nanjing Iveco sold over 200,000 vehicles and maintained an average annual increase of around 20% for many years. In terms of product updates, Nanjing Iveco launched the Torino V business car and the Europa short head light truck in 2004 and 2006, keeping product technology in sync with Europeâ€™s advanced technology. In June 2007, FIAT Group SAIC and Chongqing Heavy Duty Truck jointly reorganized Chongqing Hongyan Automobile and established SAIC Iveco Hongyan Commercial Vehicle Co., Ltd., which also maintained a very good market sales. The Fiat Group recently announced plans to invest RMB 1.8 billion to build a new light-duty diesel engine project in Chongqing. 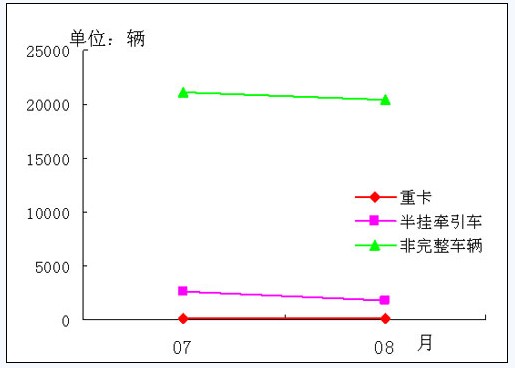 Why do passenger cars miss frequently?

Fiat's commercial vehicles in China, whether it is Nanjing Fiat or SAIC Iveco Red Rock, are very successful and maintain a good market share. However, the passenger car market is hampered everywhere. The reasons for this are as follows:

First of all, the products are not good, and they are expensive. The lack of models is the main reason why Fiat could not hold up in the Chinese market. Fiat is famous for its small cars. Whether it is Lancia, Alfa Romeo, Abbas, Maserati, Ferrari, etc. Palio, Sienna, Weekend Style and Pyramid are all introduced in the Chinese market. Small car. And the configuration is good, the price is higher for the same kind of vehicle. This is totally contrary to the preferences of Chinese consumers. The Chinese like the appearance of the atmosphere, luxury, style, and relatively low-priced cars. Although his configuration and appearance make people have to call "good", they are marginalized by the Chinese market because of their model cars and prices. In the models, the replacement is slow. It was not too late for Fiat to enter China. During the eight years of cooperation with Nanjing Auto, Fiat had only used Palio, Sienna, Weekend Style and Pailong on the passenger car, and the replacement was very slow. In addition to Palio's change of generations, the other three have not changed. The Accord and Fit of Guangzhou Honda are almost changed every year.

Secondly, the object of the selected joint venture is wrong, and the fact that the door is not the right one is another reason for its obstruction. Marriage is often stressful on the door, Fiat and Nanqi cooperation production of passenger cars is not the right door, women are afraid to marry the wrong man! Fiat and NAC have chosen the wrong marriage partner in the joint venture in the field of passenger vehicles. Before Fiat and Nanjing Automotive cooperated, NACâ€™s main models were commercial vehicles, which had a good influence in the field of commercial vehicles. The field of cars is inferior. There is not much experience in the market segmentation, product positioning, and brand personality of passenger cars. This is also the reason for the downturn in sales of passenger cars.

Again, too frequent changes in personnel have caused companies to lose their cohesiveness, expose conflicts and crises to the outside world, and lose consumers' confidence in them. In April 1999, Fiat and Nanjing Auto held 50% of their shares to form the South Asian Automobile Company. In March 2002, Nanjing Fiatâ€™s first model Palio was listed; in September, Sienna went public. In November, Mao Xiaoming, the then general manager of Nanjing Fiat, resigned and Nan Tong appointed Su Tongchang as general manager of the company. In February 2004, Jing Boqing, the then general manager of Nanjing Fiat Business (in charge of marketing, etc.) resigned, and Sun Yong, former general manager of Chery Auto Sales, took over. In December, Sun Yong, who was unable to complete his sales target, left for the job. Italian side Ye Liangxia took office. He is the original head of General Motors Beijing Representative Office. In May 2005, with the end of the cooperation relationship between GM and the Fiat Group, Ye Liangxia, who only took office for 5 months, left Nanjing Fiat, and Jing Boqing returned to office. In August 2005, Su Tongchang, general manager of Nanjing Fiat, resigned. Ma Sibo, the general manager of Italy, took office and Fiat Auto began to master the management rights of South Philippines. In March 2007, Duan Jianjun, who worked at the Fiat office in China, became the general manager of Nanjing Fiat Business. In just a short period of five years, seven senior leaders were replaced. Frequent personnel changes have caused the companyâ€™s policies to lose continuity, seriously undermining the cohesiveness of the company to its employees and also delaying the opportunity to seize the Chinese market. At the same time, it also exposed the contradictions and crises of the company to the outside world, aroused consumers' concerns and the corporate image was greatly damaged.

Finally, the difference in the concept of the joint venture is another reason for the failure of its passenger vehicle in the Chinese market. The disappointment between Nanjing Auto and Fiat is mainly due to the different understandings and different needs of the Chinese and foreign parties on the Chinese market. China believes that Fiatâ€™s introduction of models in China is slow, but Fiat believes that their products have no problems. The key is that NACâ€™s marketing and promotion strategies are problematic. This leads to which partyâ€™s attitude towards which party is inclined to favor and there is no long-term development direction. .

Looking at Fiat's series of actions in the economic crisis, it is a wise move to acquire Chrysler. Chrysler's models are large, luxurious, and large-displacement, which is just in contrast to Fiat's compact cars. Fiat has had a second life experience and can provide Chrysler with valuable experience once again. However, it is almost impossible for them to accept GM's partial business and acquire Opel and Saab. As for the cooperation with Guangzhou Automobile, the target was not selected. However, due to its past performance in China, the Chinese government is difficult to pass.

We offer a complete range of BS4504 table flanges for use with OD tube and nominal bore pipe in carbon steel and stainless steel to tables D, E, F, and H. Specials can be manufactured to customers' special requirements. We offer a range of ASA 150LB raised face, weld neck, blind and slip-on flanges in grades A105, Q235 and 304, 316 to ASTM A182 specification.