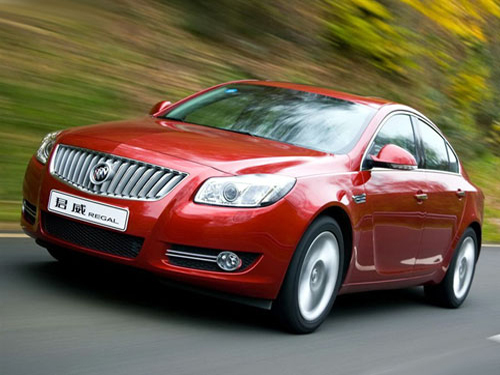 In recent years, the imported automobile market has been very tangled. Especially since 2014, with the gradual increase of market supply, the preferential rate of the terminal market has continued to rise. In 2015, the parallel import car pilot is the â€œopening gateâ€, which is expected to break the price monopoly in the imported car market. At the same time, the continued high inventory status of the industry will bring challenges to the imported car market. Major car companies and distributors need to change. The idea adapts to the new market environment.

On January 7, the Shanghai Municipal Commission of Commerce published on the website of the â€œCircular on the Parallel Import of Automobiles in the China (Shanghai) Pilot Free Trade Zoneâ€ (hereinafter referred to as the â€œNoticeâ€). The parallel import of automobile pilots in the Shanghai Free Trade Zone was officially launched.

According to the data released by the China Association of Automobile Manufacturers on January 12, the growth rate of the supply of imported cars in China rebounded significantly in 2014. From January to November 2014, the total number of imported vehicles was 1,295,400 vehicles, an increase of 20.7% over the same period of last year. It is estimated that 1.4 million vehicles will be imported in the year, far higher than the growth rate of domestic automobile sales in the same period. At the same time, the situation of import car stocks has deteriorated since July last year. The emergence of "high inventory" has also led to a high level of preferential prices for imported vehicles in 2014. The preferential rate has been further increased since September, and the preferential rate of imported vehicle market in November reached 10.1%. Some of the hot-selling models have experienced rapid price concessions after just a few months of increase in sales. This shows that with the retreat of new product effects and the increase in inventories brought about by high supply, the sales pressure in the terminal market has also gradually increased.

The "2014 Annual Report on China's Imported Automobile Market" and the "2015 China Imported Automobile Market Operational Strategy Report" showed that China's imported automobile market has continuously issued market risk warnings since 2012, and the oversupply of imported cars has become the new normal. The auto company's leading position in the imported auto market has been further strengthened and the industry's inventory is high. Under the background that localization has become a consensus and the devaluation of the renminbi, the product line and profit of imported vehicles may be significantly reduced, and the era of reshuffle of imported vehicles may have arrived.

Needs new ideas to adapt to the new normal

Experts in the industry suggest that in the face of the new normal challenge, new ideas and advancing tactics are needed, and a deep understanding and grasp of policies are needed. It is necessary to re-examine and adjust their respective strategies to adapt to industry policy adjustments and to welcome changes in the auto market landscape.

First of all, in the face of complete market competition, the automobile industry has reached a critical period of transformation and upgrading. The imported car industry cannot blindly continue the previous single pursuit of high growth, and it needs to explore new market models. Along with the market's in-depth adjustment, the full market competition of multiple formats, and the challenges of diversified sales service models, it is necessary not only to continue to innovate existing brand licensing and future non-authorized business models, but also to think and explore the Internet and mobile Internet. New model innovation brought about by technological change.

Second, it is necessary to further cultivate the branded marketing system and enhance market competitiveness. In particular, multinational auto companies should attach great importance to the problem of excessive network coverage in some areas, high inventory levels in all departments, declining profitability, and tensions in upstream and downstream tensions with channel distributors, which have reached a critical point, and actively balance vendor relationships to create a good relationship. Imported automobile ecosystem, seeking to establish a sustainable development path under the new pattern of imported automobile market together with brand authorized distributors.

In addition, the coordination role of the industry's self-discipline organization should be fully utilized to build a harmonious relationship between manufacturers. Take the lead in industrial planning, formulate industry standards, and avoid duplication of waste and vicious competition in social resources. Effectively balance the interests of manufacturers, distributors and consumers. Whether or not a more equitable and fair market competition environment can be established will determine whether the imported car market in China can continue to develop in a healthy manner.

Dump Truck is mainly used for transporting loose material such as sand, gravel, or dirt for construction. It is equipped with an open-box bed, which is hinged at the rear and equipped with hydraulic pistons to lift the front, allowing the material in the bed to be deposited.We manufacture Dump Truck of capacity from 5 to 50 tons and provide customer with kinds of chassis like DONGFENG, FOTON, FAW. It is smooth in lifting procedure and easy to operate.