â€œThis is not a good direction for national environmental protection and energy reduction.â€ Yu Litao, an engineer at Zhejiang UFO Automotive Manufacturing Co., Ltd., commented on the phenomenon of EGR engines applied to passenger cars.

Some bus companies successively received samples of EGR engines sent from diesel engines and began to perform matching tests on EGR III engines. This broke the calm of the passenger car industry that has achieved a successful upgrade of emission standards through the common rail system. Will the EGR engine, which is applied to trucks, also be suitable for passenger cars, whether it will come with a price advantage, and whether it will be followed by a battle on technology and prices? This has caused widespread concern in the industry.

Stones of Other Hills

The EGR III engine was originally developed by CNHTC Group located in Jinan, Quanzhou. It is a "non-mainstream technology" route adopted to meet the national III standard. This route seizes a certain market with its price advantage.

However, if the EGR III engine applied to trucks is applied to passenger cars, will this bring â€œacclimatization?â€ The reporter got an answer at Qiao Junfeng, director of Shaolin Coach Technology Department. â€œThe EGR III engine was transplanted to the passenger vehicle body. There is no technical mismatch, and the question now is whether this engine can meet the technical requirements of the National III emission standard, and we have considered the application of this technology before. The price advantage."

"Using high-pressure common-rail technology, the engine is 10,000 yuan more expensive than EGR engines. The high sulphur content of domestic oil products makes it easy to plug the nozzle opening and increases the number of maintenance objectively. When high-pressure common-rail engines are being repaired, they are And the operator's technical level requirements are relatively high.â€ Guo Huanan, the official of CNHTC Organization Propaganda Department, said, â€œThe EGR engine core technology is in our own hands, and the production capacity is not limited. It is easy to maintain and has a lower requirement for oil products. , more in line with national conditions."

Although the EGR III engine is in line with market demand from a price point of view, it has been controversial in the promotion of industry technology.

Yu Litao said that with EGR engines, users can easily switch buttons for better power and economy. This poses hidden dangers for user's illegal operation. Many drivers know how to make the EGR system "strike", and whether to use it can only be constrained by personal environmental awareness. However, in the face of economic interests, environmental awareness seems extremely fragile. From the standpoint of the passenger-car-based characteristics of passenger cars, the requirements for environmental protection are more stringent than trucks.

"It is normal for an EGR engine to spread to passenger cars because it is cheap. From the point of view of technological advancement, it is not necessary to use an EGR engine, but it can be tried considering the needs of customers." An industry veteran analyzed that .

With the deepening of the financial crisis, domestic bus companies are under greater pressure to control product costs. How to reduce product costs and ensure good product performance has become the key to the companyâ€™s occupation of the market. Reducing the cost of this will inevitably make the EGR engine concerned by the company.

â€œAfter the implementation of the National III emission standards, due to the monopoly of technology, multinational corporations used the electronic fuel supply system as an excuse to sell at a higher price to domestic enterprises. In this case, the price attached to each vehicle would be more than 20,000 to 30,000 yuan. Yuan.â€ A dealer of Sinotruk told reporters. It can be seen that the low cost of EGR engines and the relatively low requirements for oil products have prompted EGR to become a product of interest to many dealers and users.

In September 2008, heavy-duty truck companies equipped with high-pressure common rail engines finally could not resist the temptation to cut prices and EGR heavy trucks to seize the market. The heavy-duty common rail heavy truck of Shaanxi Zhongqi Heavy Truck Co., Ltd. reduced its price, and the price cut ranged from 15,000 to 16,000 yuan.

According to Yu Litao, at present, most common engine companies, such as Weichai, Shangchai, Yuchai, Chaochao, Cummins, Xichai, and Dichai, use common rail technology and single pump technology. Compared with the EGR engine, a state-of-the-art product, these internationally-adapted engine technologies seem to be a long-term solution.

However, the current situation of the truck market is contrary to what Li Tao expected. After the implementation of State III, EGR engine products have achieved absolute sales advantage. In front of the Chinese market with its own characteristics, immediate interests have become the direction of many related companies. So EGR has shaken the will of many companies that had previously taken the high pressure common rail route. In an interview, the reporter found that according to the current development trend of EGR, more and more bus companies will shift from watching to acting.

The EGR engine may be a product that meets China's national conditions. However, its technical standard is destined to be a transitional product. Even China National Heavy Duty Truck Corporation has stated that it will gradually increase the proportion of common rail and complete the transition in the next year.

In the investigation, the reporter learned that most passenger car companies have considered using EGR engines, but they have not yet been formally implemented. Some companies have made it clear that companies will provide such products when requested by customers.

Exhaust Gas Recirculation (EGR) means an exhaust gas recirculation system. It is an exhaust gas purification device for nitrogen oxides, one of the harmful gases in the engine exhaust. On July 1, 2008, the country began to implement the country III emissions standards for motor vehicles. As the common-rail technology and single-pump technology are in the hands of foreigners, the price of the National III engine will rise for a time, bringing this to domestic commercial vehicle manufacturers. A lot of economic pressure.

In July 2008, the five electronically controlled EGR models of China National Heavy Duty Truck Group reached the Beijing Municipal Environmental Protection Standard that is higher than that approved by the National Development and Reform Commission. This is the only national III emission engine with complete core technology and independent intellectual property rights in China. However, with the EGR engine, users can easily switch buttons for better power and economy, but this does not guarantee the National III emission standards, which makes the popularity of EGR engines controversial.
View Related Topics: Heavy Trucks Popular Focus - Common Rail? Or EGR

CONNECT rendering Raw Material Handling Equipment including the raw material hopper, silo, large bones or animals crusher, feature water squeez machine to remove the water which come from slaughterhouse, the feature belt conveyor which for feeding the raw material into digestor. The small capacity Rendering Plant is working with the raw material feeding conveyor to digest to realize the semi-automatic working process for feeding. The large capacity rendering plant need working with the raw matereial hopper, feeding pump system to form the fully automatic working which not only saving labors cost but also match the large working capacity. 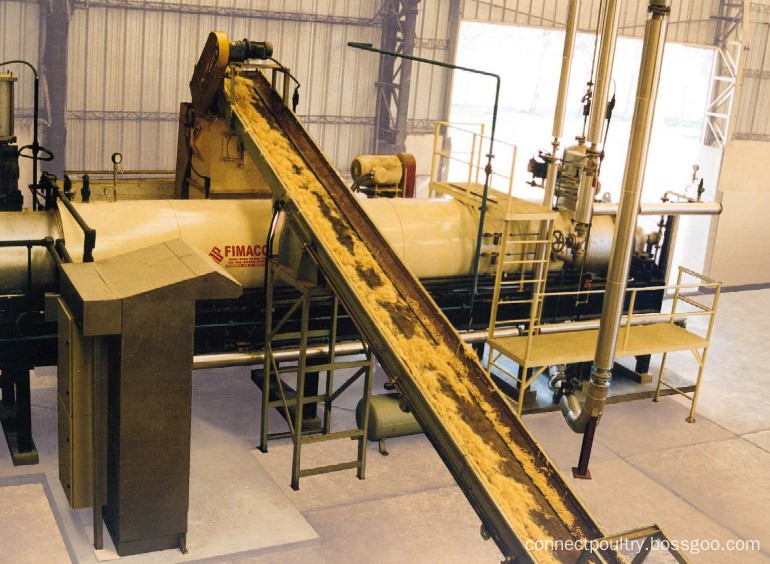 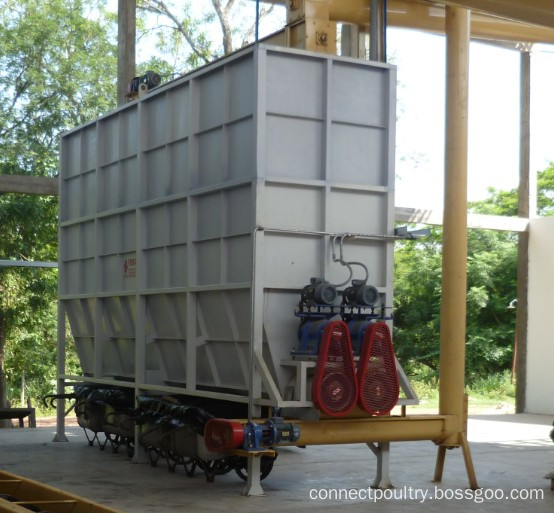