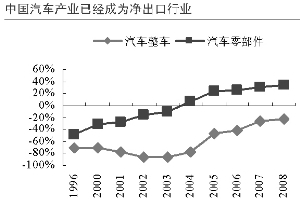 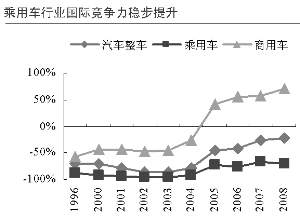 From January to July, due to the drop in foreign demand, commercial vehicle exports, including passenger cars, declined. In the first half of the year, the sales situation of passenger cars was more severe, and other commercial vehicle sub-sectors performed better. Analysts believe that the decline in bus exports has narrowed from month to month, showing a gradual improvement. With the recovery of the exporting countries, exports in the fourth quarter or the first quarter of next year are expected to â€œturn positiveâ€ year-on-year; different domestic sales have led to the commercial use of passenger cars. The car's performance finally turned better.

A brokerage researcher who had visited Zhongtong Bus Research said that in March and April the company had received orders from overseas but did not conduct transactions. The main concern was that the other party was unable to pay the bills and incurred bad debts.

Pacific Securities Fellow Yan Jijia said that the decline in passenger car exports is related to the poorer macroeconomic conditions of exporting countries, and insufficient foreign demand has curbed exports. The export status of Zhongtong Bus reflects the overall poor export of the bus industry, but due to the different profitability of different companies, some companies such as Yutong Bus can still achieve a positive net profit in the first half of the year.

The long road to recovery of passenger cars

Analysts said that the factors affecting the companyâ€™s performance include exports and domestic sales. Despite the overall decline in exports of commercial vehicles in the first half of the year, different sub-sectors have different levels of domestic sales, so their performance is also different. Passenger car benefit policies are less stimulating, less domestic demand, and relatively poor performance. In the future, with the improvement of the macro economy and the increase in passenger car demand, related company performance is expected to be fully positive in the third quarter, but the recovery is relatively long.

Analysts said that the demand for road buses and large buses in the first half of the year has shrunk. The rapid expansion of railways and civil aviation and the popularity of private cars have had an impact on the road passenger transport market, especially the railway passenger dedicated line. The drop in demand for buses and buses was related to the decline in government purchasing power, and was also crowded by new energy buses. In addition to passenger cars in July, sales in other sub-sectors of automobiles were better than expected.

Dong Xing Securities researcher Yu Tute said that with the recovery of the macro economy, it is expected that the long-distance bus and tourist bus market will gradually improve, which will drive the sales of large and medium-sized passenger cars; there will be no major changes in the purchase of buses, but the bus The gross profit margin is relatively low, and passenger car companies do not pay the most attention to this one.

Analysts believe that the performance of the single-quarter passenger bus industry in the third quarter is expected to be fully â€œturnedâ€. Although the passenger car industryâ€™s recovery expectations are relatively certain, the recovery is relatively long and will eventually recover in the various sub-sectors of the auto industry. There will be a particularly unexpected situation.

We manufacture LPG Skid Mounted Station for filling LPG gas in cylinder of various capacities,there are various models available with storage tank capacity ranging from 5,000 liters to 50,000 liters and with the choice of single or many cylinder filling scales,the unit is provided with cylinder evacuation system,cylinder testing system.