Although most tire companies expect the market demand to reduce and extend the Spring Festival holiday this year, but with the State Council on January 14 review and adoption of the automobile industry restructuring and revitalization plan gradually activate the auto market, sent warm bursts of tire industry, tires The companyâ€™s recent production and sales situation has improved significantly compared to the fourth quarter of last year.

According to the reporterâ€™s understanding, tire companies generally believe that the â€œreduction of vehicle purchase tax for 5% of passenger cars with 1.6 liters and below displacementâ€ and â€œnational arrangements for 5 billion yuan for scrapping three-wheeled vehicles for farmers The one-off financial subsidy for the replacement of low-speed trucks for light trucks and the purchase of minivans with a displacement of 1.3 liters or less. The increase in subsidies for scrapping and renewing old cars and the elimination of unreasonable regulations for the cancellation of the purchase of cars were expressed, which stimulated the sales of automobiles. , Which will increase tire sales.

The deputy general manager of Hangzhou Zhongce Rubber Co., Ltd. Ge Guorong said that the plan has activated the domestic light truck, mini-vehicle and agricultural vehicle market, and the tires for these models are well sold. Now most of the company's tire products have been in short supply, and the company's production capacity has been opened to 100%.

"This plan is of great interest to tire companies. It has boosted consumer confidence in the automotive industry, and has increased the confidence of the tire industry that is supporting cars." said Zou Yongzhi, general manager of Huanan Tire & Rubber Co., Ltd. â€œThe demand for tires has dropped sharply since October last year, and tire sales in the companyâ€™s individual months have been less than half of normal. For this reason, the company has decided to limit the production of passenger tires from December last year, and to stop production and inspection of heavy-duty tires. After the Spring Festival Due to the introduction of the automobile industry restructuring and rejuvenation plan, we feel that tire sales have gradually improved due to the active auto market. Now that the company's passenger tires have returned to normal production capacity, trucks have recovered more than 90% of their production capacity. At present, companies have taken measures to focus on opening up the domestic market. Obvious effect, tire inventory is rapidly decreasing."

Feng Wang, general manager of Henan Fengshen Tire Co., Ltd. believes that the revitalization plan has a significant role in promoting the sales of passenger tires, but the impact on heavy-duty tires will lag behind. I hope the government will formulate specific measures for the revitalization of trucks. The current key It is to increase the freight volume. "Now the company's production has returned to normal and its sales have reached a normal level of more than 90%. The company is confident in the prospects of the tire industry. The expansion of heavy-duty tires and engineering tire construction projects are progressing as planned.

Qingdao Sen Unicorn Tire Co., Ltd. saw a shortfall in funding due to a sharp drop in tire sales at the end of last year, and projects under construction almost stopped. After the announcement of the automobile industry restructuring and revitalization plan, investors, local governments, and banks have increased their investment confidence in the company's annual output of 3 million sets of high-performance radial tires. On February 12, the company and the three banks signed a 440 million syndicated loan contract. Now that the first phase of the civil engineering project has been completed and it is expected to start production in May this year, the company plans to start the second phase of the project in the second half of the year.

China National Chemical Rubber Guilin Co., Ltd.â€™s main products are giant engineering tires. The financial crisis has had little impact on the company. The companyâ€™s tire sales in January hit a record high. The automobile industry adjustment and revitalization plan has made the company's decision-making layer more optimistic about the prospects of China's tire industry. The company is launching the construction of an annual output of 1 million sets of all-steel load-bearing tires and 4 million sets of semi-steel tires. It intends to become the main rubber production base in the southwest region. one.

A dealer operating Wanli Tire in Guilin said that in the fourth quarter of last year they were almost closed. After the completion of the New Year, the situation is very different. Now there are more than a dozen tires sold every day, which basically return to the previous normal level. In addition, Guilin's bus tires have now begun to use Wan Li brand tires.

Cai Weimin, secretary general of the tire division of the China Rubber Industry Association, has recently maintained close ties with tire companies. He felt that the tire industry boom has clearly recovered, and not only has the sales situation improved, but more importantly, the confidence of tire entrepreneurs has risen and production and project investment are gradually recovering. He believes that the country's 4 trillion investment to expand domestic demand, tire export tax rebates from 5% to 9% and the automotive industry restructuring and rejuvenation plan to form a multiple of good for the tire industry, the tire industry is expected to emerge from the bottom as soon as possible, usher in a good prospect.

The check valve is a valve which automatically opens and closes valve disc depending on the flow of the medium itself, and it is also used to prevent medium from flowing backwards. It is also called single direction valve, no-return valve and back pressure valve. 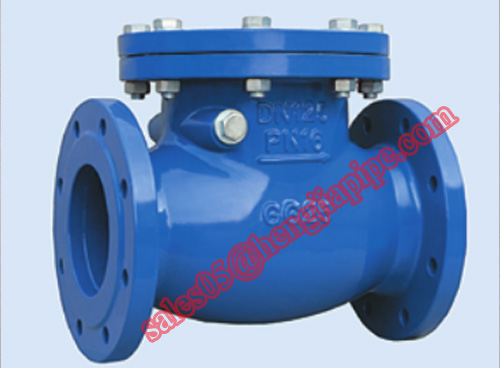